01204 263 025 info@safehandscleaning.co.uk
Find out how we can help you and your business during the COVID-19 outbreak with our Bio Fogging Service.
Click Here

Safe Hands’ expert floor cleaners can cope with the most challenging carpet cleaning Tottington can throw at us. We don’t just offer carpet cleaning for commercial and domestic customers, we also specialise in cleaning hard floors, rugs, upholstery and gutter cleaning. Our main customer base is around Bolton, Bury, Blackburn and the surrounding areas but we do travel further so feel free to ask us if we cover your area.

Choosing the right carpet cleaning company isn’t easy, so we are very proud to consistently get 5-star reviews by our clients on Google and on Facebook for our services. But don’t take our word for it, feel free to check out all of our reviews online. Our work is insured and we have fully trained, uniformed staff who work hard to provide a first class carpet cleaning service for our customers. 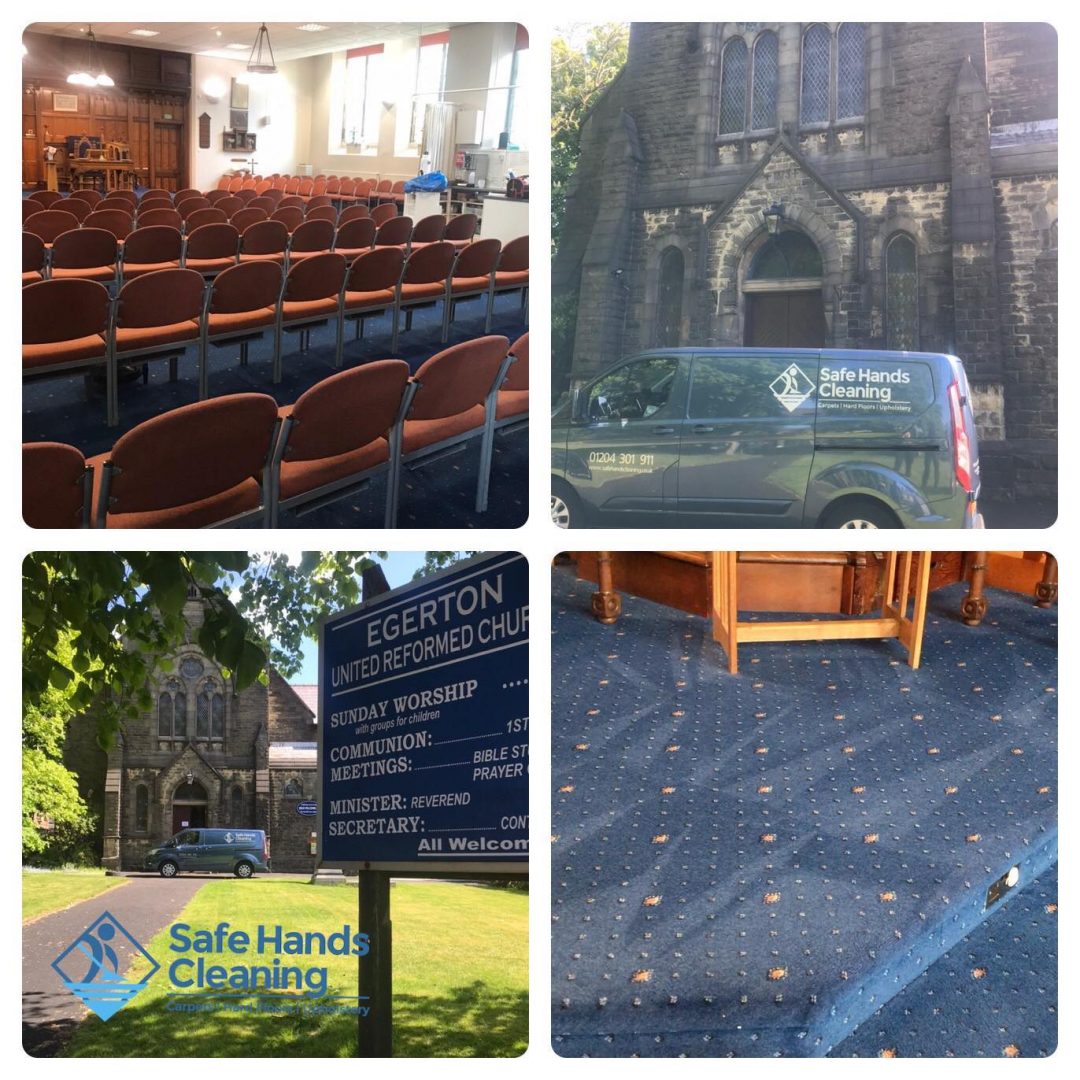 You want a trustworthy, reliable company who cleans safely, thoroughly, and treats your home or office with the care it deserves. And remember, high quality carpets and furnishings don’t come cheap! So it can make sense to keep yours in the best possible condition – and just as clean and healthy as the rest of your home or office.
Safe Hands Cleaning is the leading carpet cleaning and upholstery cleaning company covering Bolton, Bury and Blackburn. We specialise in cleaning all types of carpets, upholstery and rugs and use the most cutting-edge and environmentally friendly cleaning solutions.

What makes our carpet cleaning service stands heads and shoulders above ordinary services is that we use advanced carpet cleaning technology to clean all the carpets and upholstery. This makes us one of the few carpet cleaners in Bolton that not just care about the environment but at the same time want to deliver only the best services to their customers. Our drying times are minimal and most carpets or upholstery are usually ready to be used within one hour after cleaning and sometimes sooner than that! All items we work on are speed dried using high powered air movers which really speed up the drying process.

Safe Hands are domestic and commercial upholstery cleaners in Bolton specialising in providing a professional, affordable and quality sofa cleaning service in Bolton. We use a low moisture cleaning system combined with organic and eco-friendly products which will deep clean your upholstery to an exceptionally high standard using pet and animal friendly cleaning solutions. Using the latest upholstery cleaning technology we can clean all types of fabrics to a very high standard. Fabrics dry extremely fast, giving a fresh new appearance to all types of upholstery fabrics including velvet and raw cotton. 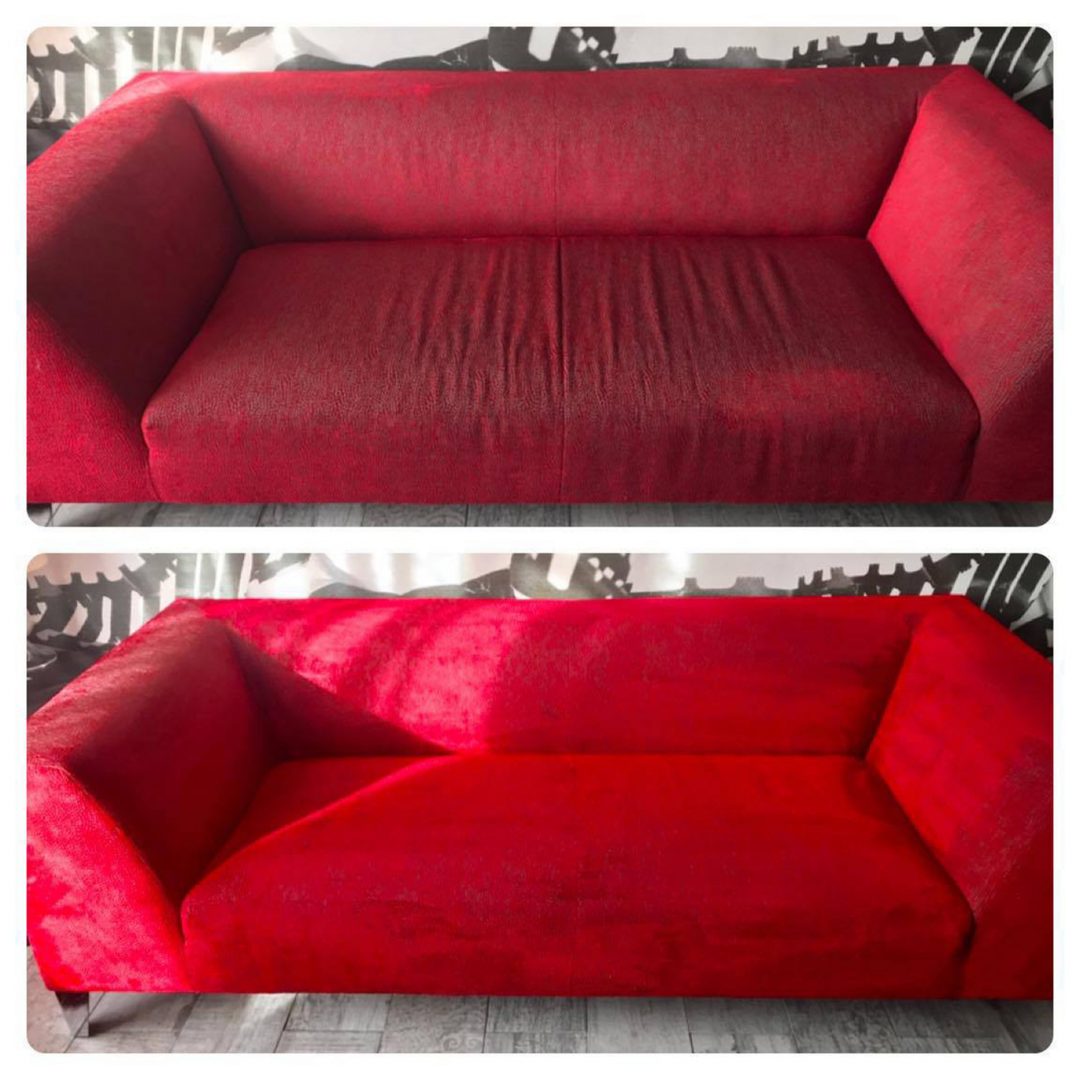 Our teams follow a strict upholstery cleaning process where all items are thoroughly vacuumed then, pre-sprayed with a cleaning solution and agitated to start the cleaning process then we deep extraction clean at a high heat to give the best results then we use special air movers which are placed on the sofas at the end of every clean that speed dry the fabric and in a matter of a few hours the sofas or chairs are completely dry and smelling fresh! We provide sofa cleaning in Bury, Blackburn, Manchester along with Bolton. If you are not in this area please still contact us as we do travel further including Manchester and other parts of Lancashire, Cheshire and beyond.

We are very confident that when you choose Safe Hands cleaning as your upholstery cleaner in Bolton or in Bury, you are choosing the best quality upholstery cleaning service you will get with years of experience and reasonable pricing to make you a customer for life. If you are interested in finding out previous work we have carried out, we have plenty of before and after photos and lots of videos we are happy to send you showing high quality work we have done. We are trusted by hundreds of residential and commercial customers all around the Lancashire area.

Please also check out our reviews online on Facebook and on Google. Feel free to call or email us with any questions you may have. We look forward to hearing from you.

Take a look at our video below, which explains how our cleaning services work and operate. Get in touch with us today to find out more.

Superb and professional job by Euan and his team at our house in Lostock. We had a lot of building work done and the carpets were filthy and in need of a thorough clean. All the work was finished within a  few hours and the carpets were ready to use after they had finished.

We had a water leak and our carpets were very dirty. Safe Hands were recommended by a friend of ours and we were very impressed. Really professional service and the carpets came up really clean

Nestled between the towns of Bury and Ramsbottom sits Tottington, a region rich in historical significance. Historically, the area encompassed a number of existing townships – Musbury and Cowpe with Lench in the north, as well as Affetside towards the west, and Walshaw to the south west of the town. Tottington itself was a small agricultural settlement, situated in prime hunting ground and farmland, packed with wild boar and deer.

Tottingtons rich history continued into the Second World War, and the local Whitehead Gardens was established on the spot of a direct hit, the target of a Christmas Eve bomb in the penultimate year of the war.

Today, Tottington is home to a host of shops, pubs and eateries – we recommend the Summerseat Garden Centre cafe for a tasty dinner time snack!